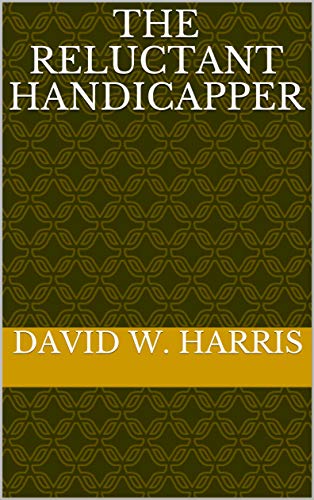 David Harris has been a diehard horse racing fan for almost 40 years, and if all his time spent were allocated on his deathbed, it would be found he had given years of his life to the study of the sport. Yet in the circle of discussion that precedes most races, he often feels he has nothing to say, with no handicapper able to do much more than state the obvious. This then is the book that busts the narrative of horse handicapping and dares to say the things that we all only think. It is a philosophic consideration of horse handicapping, replete with math and logic, that aims to raise the level of the handicapping conversation. The book is aided immensely, however, by Harris’s background as a true fan, and the analysis is sprinkled by reminiscences which will give other diehards thrills as they see the horses they thought no one else remembered feted. The book is also laced with self-deprecating humor, as Harris chronicles early hopes gone awry and the development of his understanding. There is something here for just about everyone. "The Reluctant Handicapper" provides few easy answers, but a stream of original ideas on topics like maiden races, track bias, lone leads, value handicapping, speed figures, systems versus flexibility, and how we read the Racing Form. You will be pleased to discover this complicated but singular work.